The only cryptocurrency in the world whose rate is predictably growing 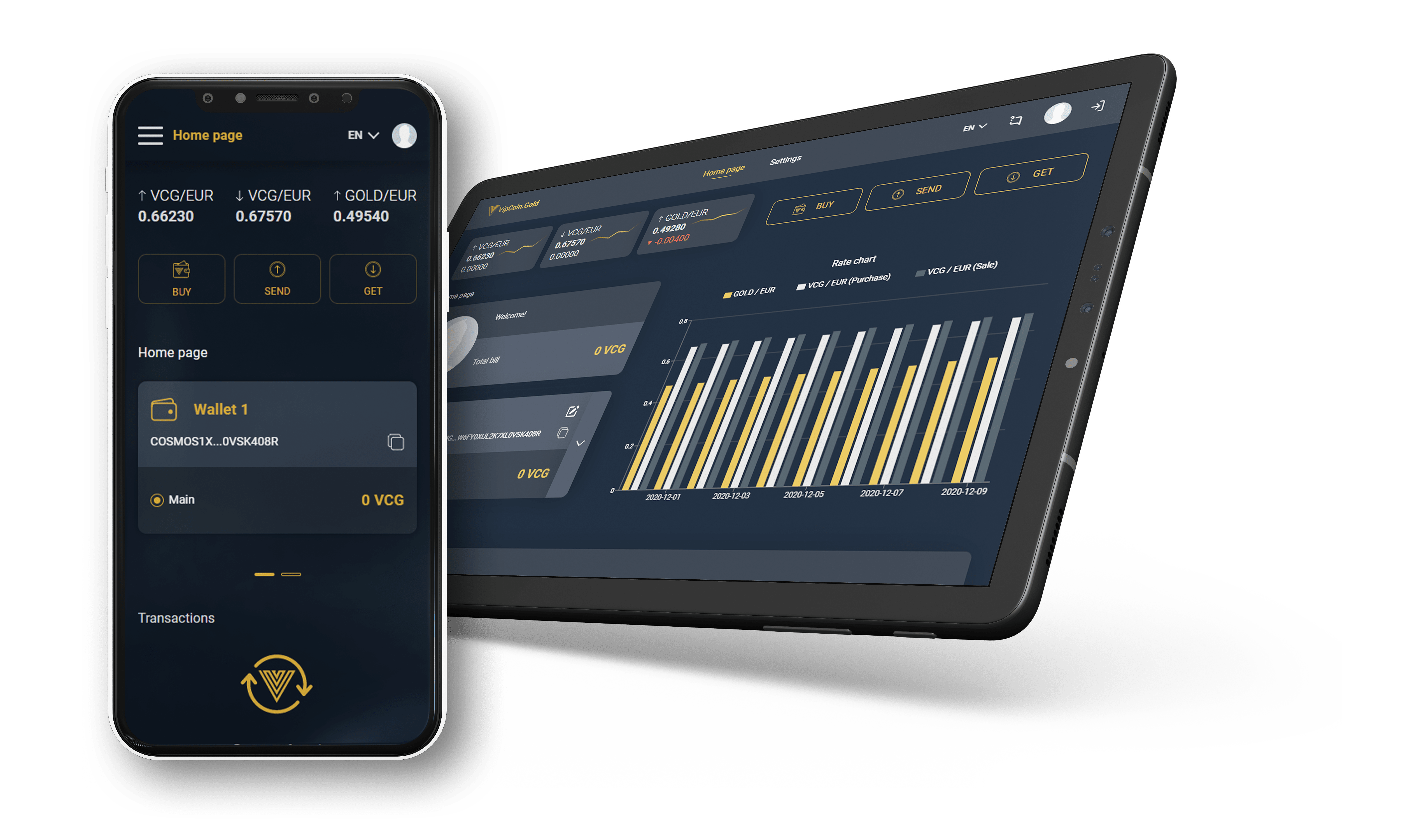 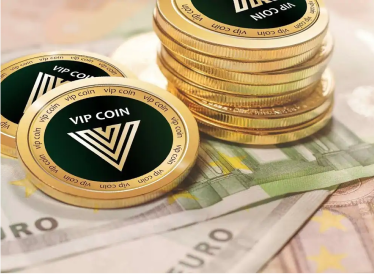 A digital asset that can be instantly sent by the Internet 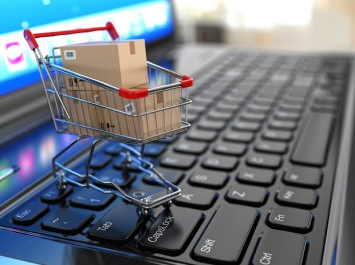 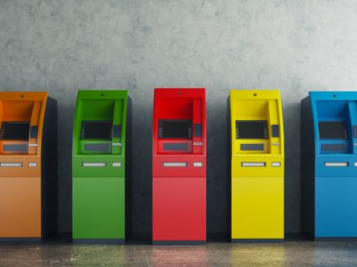 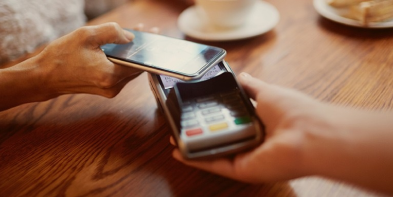 Pay for goods at the checkout in offline stores through terminals 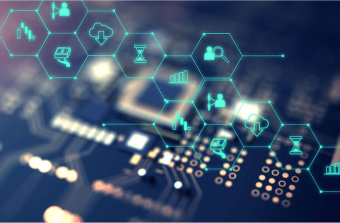 Thanks to private blockchain technologies, VipCoin.Gold cryptocurrency has the highest level of security 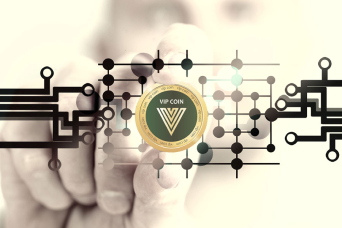 Cryptocurrency is suitable for instant settlement, both with individuals and legal entities 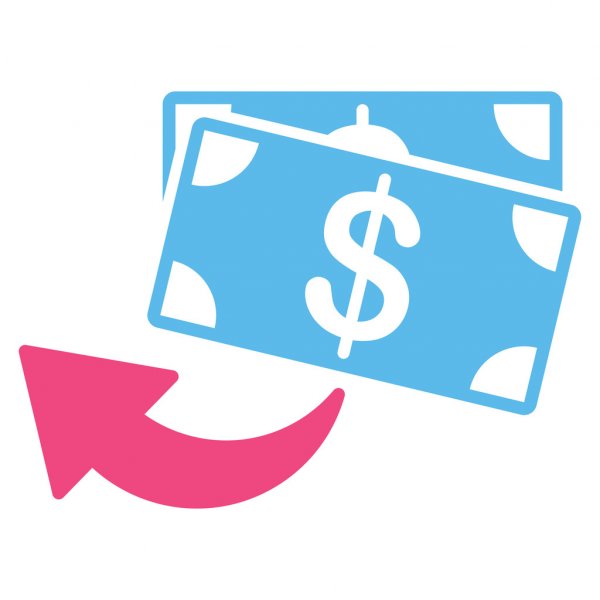 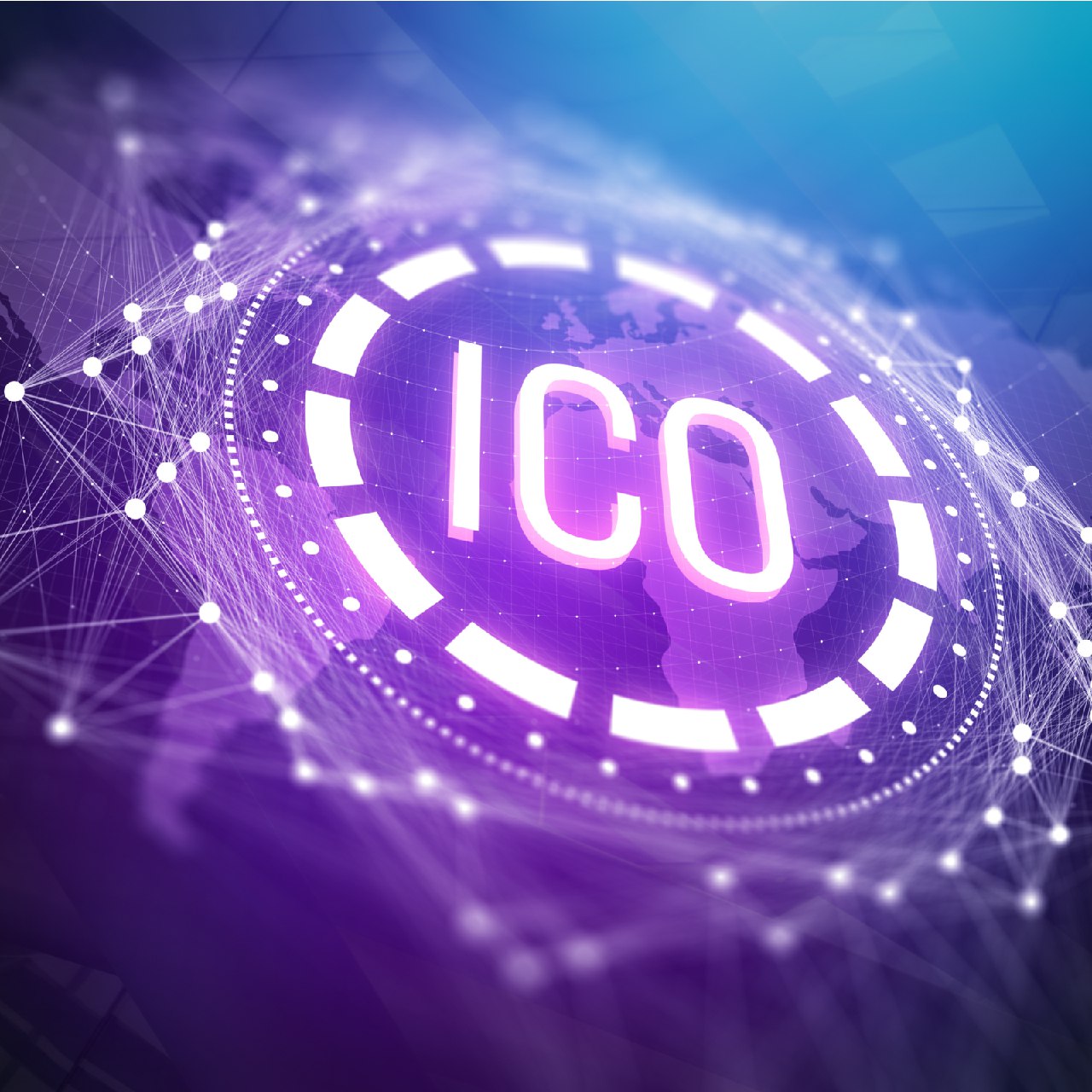 We plan to launch smart contracts and an ICO platform

The continuous growth of the VipCoin.Gold rate is provided by the natural rise in price of gold and the withdrawal of a share of coins from the system.

When buying VipCoin.Gold, the system automatically buys physical gold in an amount equal to the amount credited at the current rate.

When transferring, paying with cryptocurrency, you pay a minimum commission fee of 1%.

0.25% of the transaction is withdrawn from circulation.

As a result, there are fewer coins in the system, while gold remains in the same amount. This guarantees a continuous growth in the value of the VipCoin.Gold cryptocurrency. 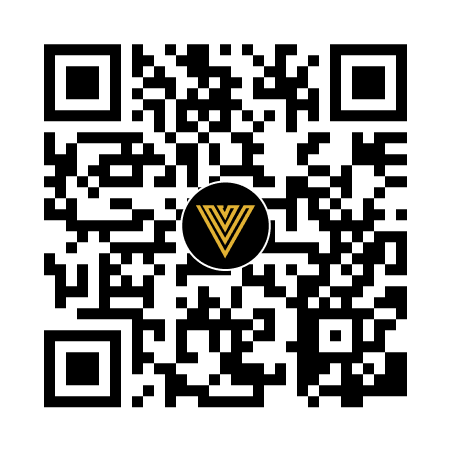 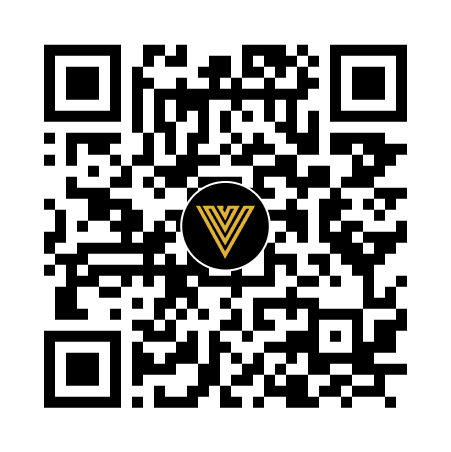 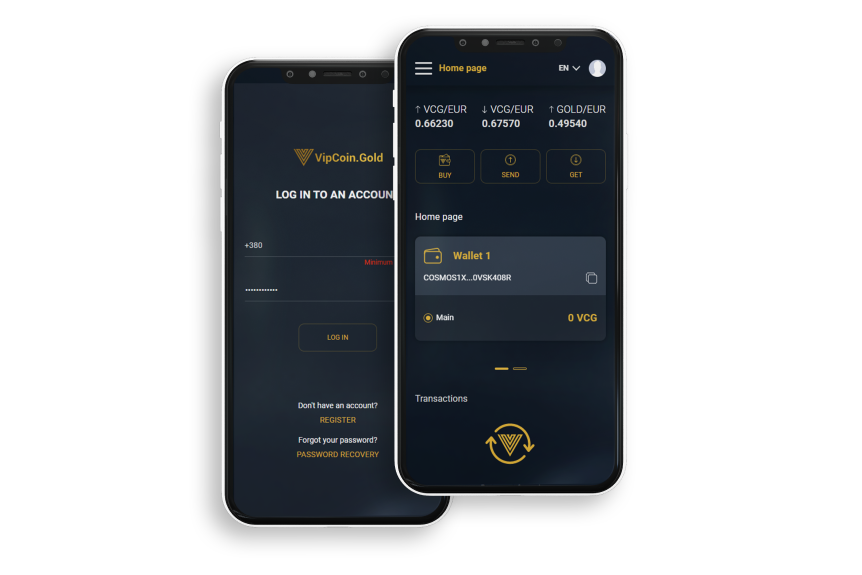 Registration of Group of Companies in Singapore, Estonia, UAE

Obtaining a license for crypto exchange

Registration of users in the system

First transactions in the system

Integration with Simplex and purchase of VCG via XLM

Integration with Binance through the external cryptocurrency exchange module

Integration with KYC for the module of payments via online stores

Redesign of the authorization mechanism for mobile applications

Open interface for uploading smart contracts to the blockchain

Exit to the Cosmos Hub Cashback system for entrepreneurs

Release of a mobile application for corporate clients, acceptance of payments for goods and services via QR-code

What is the throughput in the VipCoin.Gold system?
Our system allows up to 10,000 transactions per second.
Where can I buy/sell VipCoin.Gold cryptocurrency?
VipCoin.Gold cryptocurrency can be bought and sold on any of the exchanges where we are represented, for example WhiteBit, Alterdice.
How is the transaction commission fee formed and does it affect the speed of the transaction?
The speed of the transaction is not affected, it is made instantly with a fixed commission fee of 1%.
How is the token price formed?
The token price is formed from the market value of physical gold that was purchased by the company and was in the bank. To the resulting figure, we add the amount of fiat money in the accounts on which gold will be purchased. We divide the total amount by the number of coins issued and thus get the cost of one coin at the moment.
Can legal entities accept payments by VipCoin.Gold?
It depends on the legislation of your country, from our side, we provide all the tools - from modules for online stores to payment terminals in offline stores. 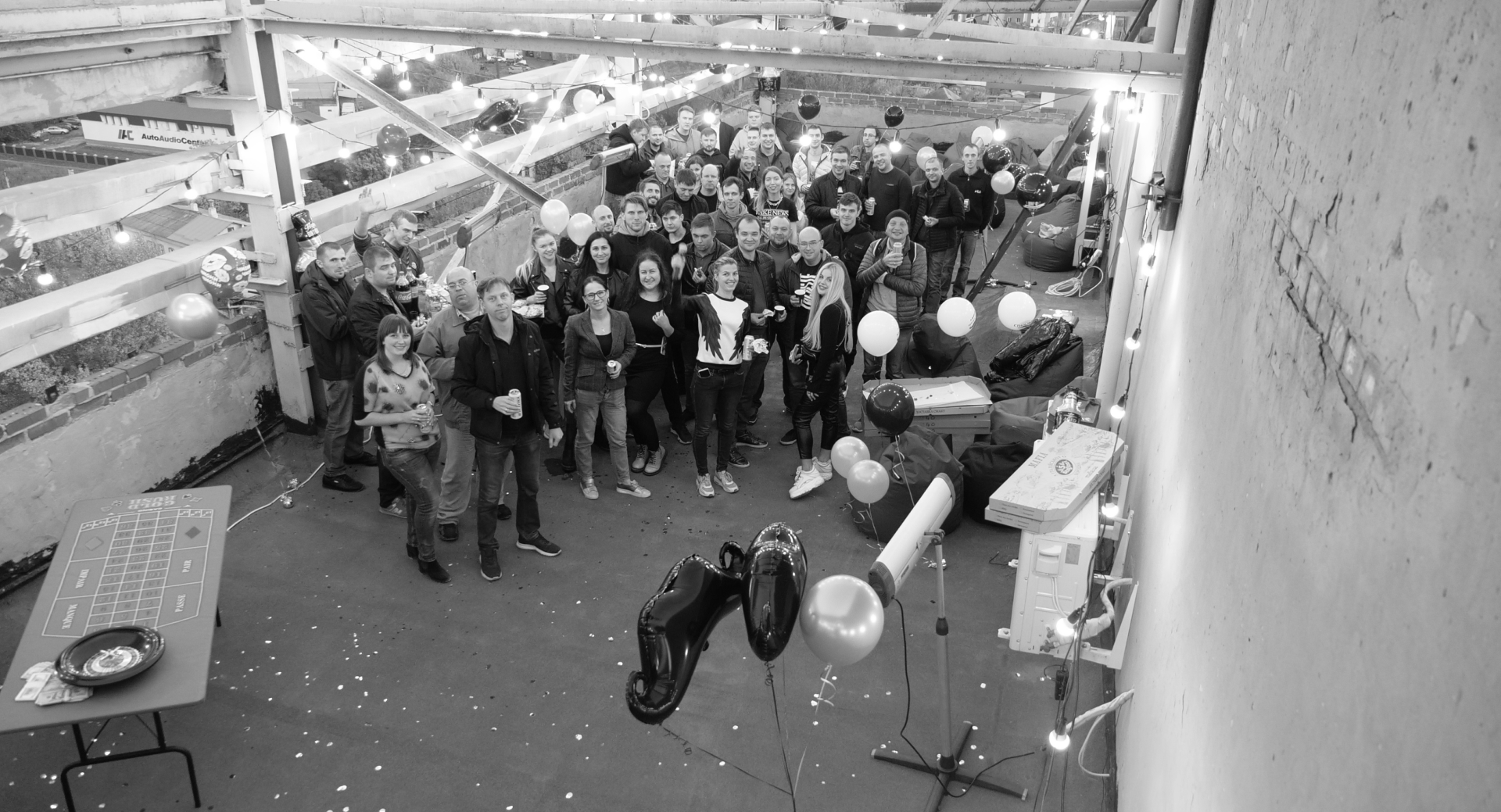 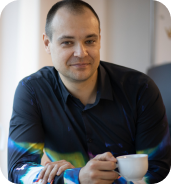 At the age of 26, he created a company with a turnover of several million dollars. Today he successfully develops international projects in more than 180 countries of the world. The owner of several companies in the field of finance, IT, equipment manufacturing and know-how technology. He is the mastermind of the VipCoin.Gold cryptocurrency.
"I have decided to create a cryptocurrency that would be profitable in use, would be stable, which would help to interest the business to use it as mutual settlements. We have secured cryptocurrency with physical gold one to one: when there is a certain amount of cryptocurrency and there is a certain amount of gold that guarantees the price of the given cryptocurrency. It was a good idea, because it was gold that over the past 10 years did not have sharp jumps in price, it was constantly growing. But the main idea is that we have created a mechanism in which our cryptocurrency is not only stable, but also constantly grows in price ... For each transaction, the recipient is charged 1% of the commission fee. ¼ part of 1% (0.25%) is withdrawn from circulation and transferred to a pre-emission wallet, to which no one has access, and no one can use it, under any circumstances. Due to this, less cryptocurrency participates in the market, and the same amount of gold remains. As a result, the value of each coin increases with each transaction ..." 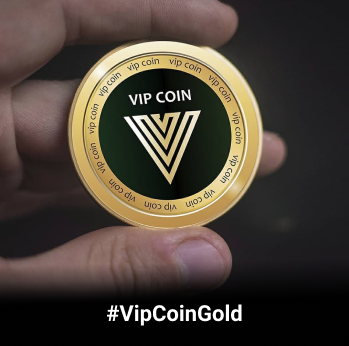 Since September 2018, one of the most profitable and anticipated projects of Business Process Technologies has started - the cryptocurrency of a new generation VI ... 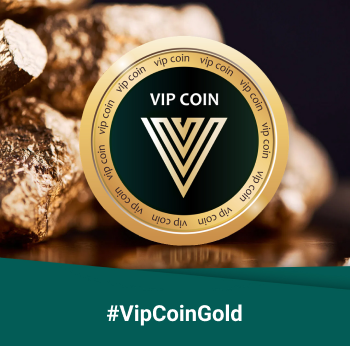 The idea of creating the VipCoin.Gold project arose not so long ago, a few years ago, when the idea of cryptocurrencies was on the hype ... 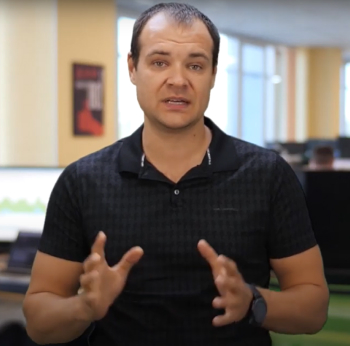 The video will describe what is a blockchain, blocks, digital signatures. Why it is an idea of storing...

Since September 2018, one of the most profitable and anticipated projects of Business Process Technologies has started - the cryptocurrency of a new generation VI ...

The idea of creating the VipCoin.Gold project arose not so long ago, a few years ago, when the idea of cryptocurrencies was on the hype ...

The video will describe what is a blockchain, blocks, digital signatures. Why it is an idea of storing...